How And Why Forbearance Helped The Housing Market 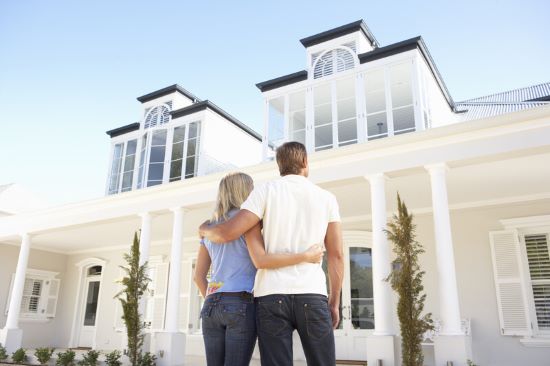 When the pandemic hit in 2020, many experts thought the housing market would crash. They feared job loss and economic uncertainty would lead to a wave of foreclosures similar to when the housing bubble burst over a decade ago. Thankfully, the forbearance program changed that. It provided much-needed relief for homeowners so a foreclosure crisis wouldn’t happen again. Here’s why forbearance worked.

Forbearance enabled nearly five million homeowners to get back on their feet in a time when having the security and protection of a home was more important than ever. Those in need were able to work with their banks and lenders to stay in their homes rather than go into foreclosure. Marina Walsh, Vice President of Industry Analysis at the Mortgage Bankers Association (MBA), notes:

“Most borrowers exiting forbearance are moving into either a loan modification, payment deferral, or a combination of the two workout options.”

As the graph below shows, with modification, deferral, and workout options in place, four out of every five homeowners in forbearance are either paid in full or are exiting with a plan. They’re able to stay in their homes. 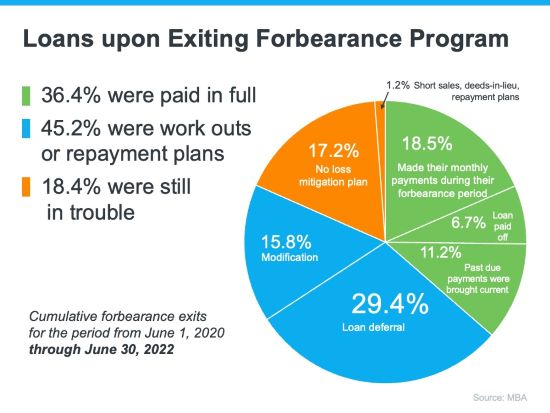 What does this mean for the housing market?

Since so many people can stay in their homes and work out alternative options, there won’t be a wave of foreclosures coming to the market. And while rising slightly since the foreclosure moratorium was lifted this year, foreclosures today are still nowhere near the levels seen in the housing crisis.

Forbearance wasn’t the only game changer, either. Lending standards have improved significantly since the housing bubble burst, and that’s one more thing keeping foreclosure filings low. Today’s borrowers are much more qualified to pay their home loans.

And while the majority of homeowners are exiting the forbearance program with a plan, for those who still need to make a change due to financial hardship or other challenges, today’s record-level of equity is giving them the opportunity to sell their houses and avoid foreclosure altogether. Homeowners have options they just didn’t have in the housing crisis when so many people owed more on their mortgages than their homes were worth. Thanks to their equity and the current undersupply of homes on the market, homeowners can sell their houses, make a move, and not have to go through the foreclosure process that led to the housing market crash in 2008.

“There’s some excess savings out there, over 2 trillion worth. . . . There are people that have ownership of those homes right now, that even in a downturn, they’d still likely be able to pay that mortgage and won’t have to hand over keys. And there won’t be a lot of those distressed sales that happened in the 2008 crisis.”

The forbearance program was a game changer for homeowners in need. It’s one of the big reasons why we won’t see a wave of foreclosures coming to the market.

In the market for a new home or selling yours? Reach out to us. 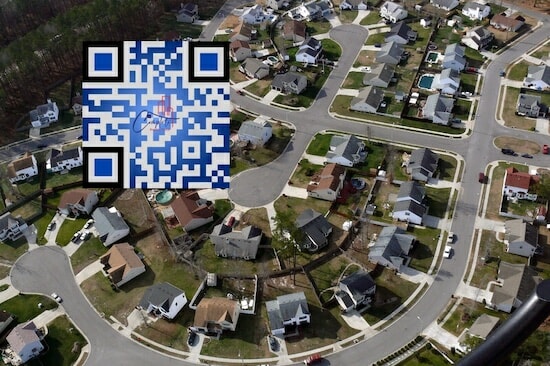 Housing Market Slow Down Or Bubble?

The talk of a housing bubble in the coming year seems to be at a fever pitch as rising mortgage...
Continue reading 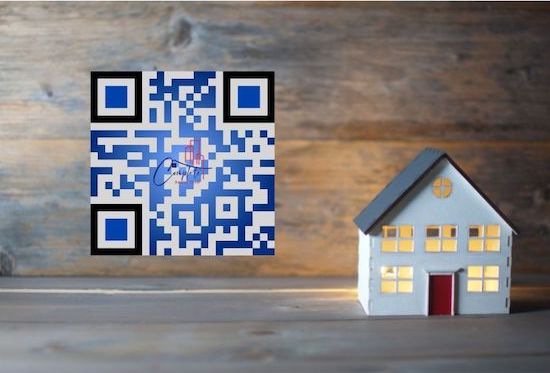 One of the biggest questions people are asking right now is: what’s happening with home prices?...
Continue reading 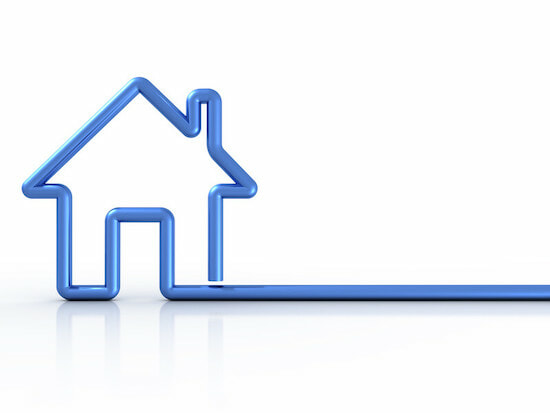 Whether or not you owned a home in 2008, you likely remember the housing crash that took place back...
Continue reading
Contact Us

Please enter your username or email address. You will receive a link to create a new password via email.